This week the podcast is all movie news starting with the details of the Rouge One: A Star Wars Story reshoots. The who the why and the how. Ben Affleck’s plans for his solo Batman flick and possible Justice League titles. Here’s a hint, they’re all terrible. Transformers 5 gains a real knight, Friday the 13th is getting a Origin-ish origin and a whole slew of cool MCU (Marvel Cinematic Universe) news. All this and more this week on The House of Gozer Podcast.

So what’s going on with Rouge One: A Star Wars Story? 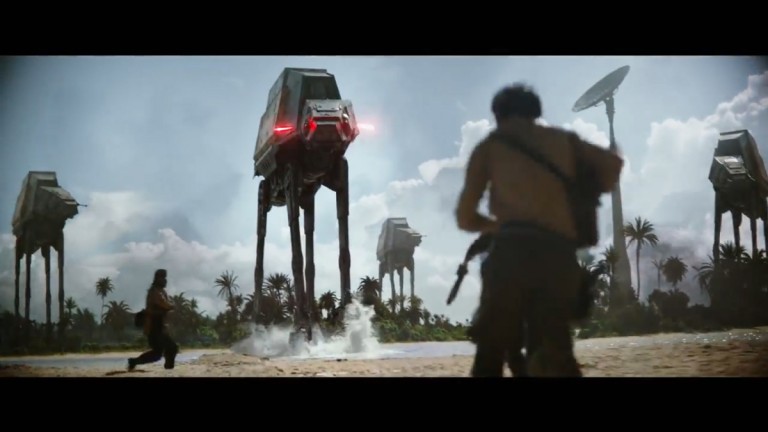 Via The Hollywood Reporter and Deadline

* Some crew initially heard J.J. Abrams was supervising the reshoots

* Gareth Edwards [director of 2014’s “Godzilla” and at least until now the sole director of “Rogue One”] is doing the reshoots himself but with a partner, Christopher McQuarrie.

* Christopher McQuarrie [the writer-director of “Jack Reacher” who wrote and directed “Mission Impossible: Rogue Nation” for Abrams], the final writer on Rogue One will be working extensively with Edwards onset to make sure they’re on the “same page” with the most recent draft of the film.

* Christopher McQuarrie’s draft of Rogue One: A Star Wars Story was considered superior to the film they shot previously.

* It was not Edwards’ fault as McQuarrie’s draft wasn’t completed when much of the film was shot and revisions kept coming in that made the film feel uneven.

* 32 sets have been recreated for the reshoot.

* The crew expects they are reshooting 40% of the film.

* “The goal of the reshoots will be to lighten the mood, bring some levity into the story and restore a sense of fun to the adventure,” according to the periodical.

* The reshoots were ordered “after execs screened the film and felt it was tonally off with what a ‘classic’ Star Wars movie should feel like,” writes THR’s Borys Kit. “The pic has not yet been tested before audiences, but one source describes the cut as having the feel of a war movie.”

* Also according to the trade paper, “some suggest” 26-year-old Alden Ehrenreich, recently cast as Young Han Solo in an upcoming Kasdan-scripted Star Wars prequel. Ehrenreich was not cast as Solo until “Rogue” principal photography ended in February.