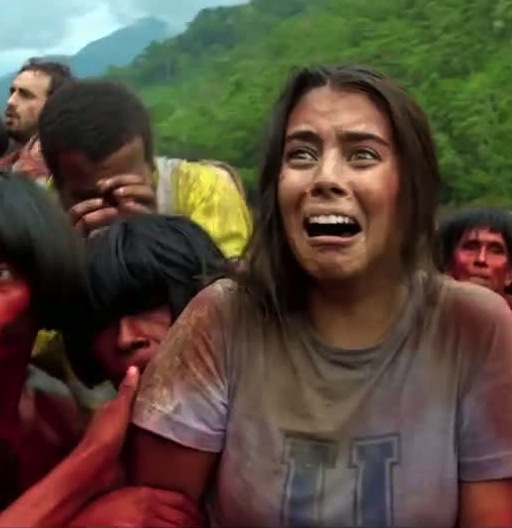 This week we bounce back with two movie reviews for Eli Roth’s The Green Inferno and Attack on Titan Part 1. We also manage to squeeze in a little geek news as the boys weigh in on the fall premiers of Arrow, The Flash, Agents of Shield and just how good the first two episodes of Gotham are. Will Aaron finally watch? Plus the lowdown on The Walking Dead season 6/ Lets not forget some much needed comic reviews with a book that sends Christian into a fit of glorious rage. Which title? You’ll have to listen in to find out and just how important is it to see Superman’s johnson? All this and more this week on The House of Gozer Podcast.

In case you couldn’t tell by looking at the stills, this movie is a gore fest.

Attack on Titan is case you didn’t know and if you listen to this podcast I am sure you do, is a japanses Manga and Anime series about Humanity living behind walls to escape a plague of cannibalistic giants that threaten to eat them.

The first 15 minutes of Attack on Titan Part 1 are exactly what you would expect if you are a fan. We meet Armin, Mikasa and Erin. Armin is kind and hopeful. Mikasa is thoughtful and Erin is withdrawn and angry. A Colossal Titan shows up. Kicks a hole in the wall. Lets the man eating titans in, and shit hits that fan. It’s a glorious gory mess. Titans everywhere and eating Everyone in sight and it. Is. Awesome.

After that the movie sort of falls apart as the film counts on you knowing the manga and anime series instead of providing a confident and direct narrative. It fast forwards two years later and now Erin and Armin are volunteers to fight the titans and reclaim there land. The rest is battling titans with some relationship drama thrown in between Captain Shikishima and Erin over Mikasa, and then Erin and hopeful crush Hiana.

The Titans: Pale, Mishapen and hungry this is the best thing about the film. Toho made the film of course famous for Godzilla using new technology for the Titans to make them look and feel more realistic and this is a success. The Colossal as well was impressive. I don;t remember them having voices. I may be wrong, These do and it’s terrifying.

Baby Titan: The words say it all.

The Cinematography: Shogi Uhara did a fantastic job of capturing the panic and widespread mayhem of the initial attacks. ( Alley way scene. )

The Gore: This movie is a bloody mess. Not Romero Day of the Dead messy, but messy. ( Church Scene ) (Erin Rebirth scene)

Key Characters Missing: Erin’s Mom and Captian Levi are no where to be seen: Having Erin’s mom ( spoilers ) being eaten by a Titan is Erins whole modus operandi for hating them. Erin says in the film that He never knew his parents. Captian Levi has been substituted for Captain Shikishima, who comes off as a smug asshole which is fine, but inserting Captian Levi here would have been a better play and use of your time. On that note Mikasa was like Erin’s sister, sure there might have been a budding romance possible but it was a platonic relationship. In the movie Mikasa is a Love interest and when Erin gets separated from her she is attacked and almost eaten by a titan. She blames him. Those are not those characters.

Erin Titan: ( Spoiler here ) The Erin titan looks like it should be onstage with GWAR. Not to downplay GWAR, I love GWAR but GWAR is not a Multi mIllion dollar movie. The Erin Titan looks like shit. The Puppet shark in Megladon shark attack 3 looked better.

Shallow Character development: Look I understand you can’t cram Three and a half hours worth of amine into a hour and a half live action movie and not loose something. You can’t loose your leads though and their story is Vague at best.

Attack on Titan Part 1 is a Guilty Pleasure movie at best. Gory and cheesy. It cannot come close or compete with the Manga or Anime on which the film is based. It lacks the emotion and feel of of the source material too and in some places ingnores it completely. It’s the equivalent of Masters of the Universe or Superman 3. If you are a fan of those movie source material you understand what I am talking about. This movie feels like a cash grab. If you are a true Attack on Titan fan, you will hate it. 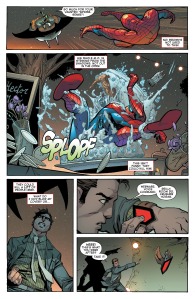 Oh and that Frank Miller Superman. 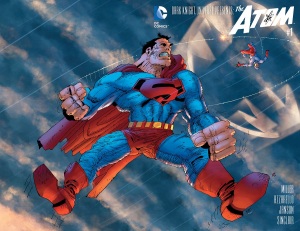