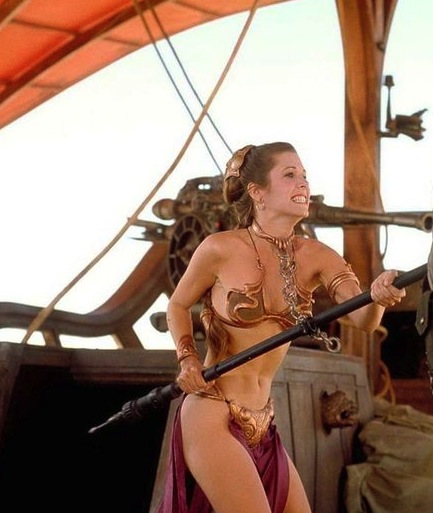 For some of us she will always be our coming of age crush but in this Disney age Slave Girl Leia is seen as reprehensible and immoral much that they are banning the use of “Slave Girl” Leia in any form from here on out. Hear the guys weigh in on just what this means. Is it’s over reactive PC shenanigans or is Disney justified. Also this week, A rundown of The new international Star Wars Trailer, a spoiler free Spectre review, as well as Doctor Strange movie details and what exactly is going on with Iron Fist over at Netflix. Plus, Ash Vs Evil Dead episode 1 review. Constantine on Arrow. The week in Comics, This is the cool shit, Indiana Jones 5 casting and Aaron finally comes around to Gotham on fox. Yes kids, Hell has in fact frozen over. All that and more this week on The House of Gozer Podcast.

DISNEY is putting the KYBOSH on Slave Leia.

Slave Leia will soon be no more as the rumor goes, Disney has put down an edict saying the look and outfit should no longer be used in any merchandise.
Have we finally reached a time when a princess in a revealing metal bikini can’t slay monsters in fictional stories without people getting all hoidey toydy about it?
Be Mad cause the Black Series figure looked like a dog. Seriously one of the worst sculpts of the line.

Bottom line:  Slave Leia is about as american as apple pie.
This is complete over reaction.
Leia is a princess.
Somebody ( Jabba) put her in chains and silenced her. Which yes is demeaning.
so in turn first chance she gets she strangles him to death.
Moral. Don’t put girls in chains. Don’t demean them. They will turn around and kill you the first chance they get.
Next thing you know they will be trying to alter the bikini in the special homonogized special edition or Digitally put in Berka Leia or some shit.

Cool as all hell right? So what did we see?

Counting down the days until Dec 17th

Brian provided a very spoiler free review on the podcast. He did say “This film combines all the Daniel Craig Bond films. This one, is the best of them all. “

The WARCRAFT trailer broke this week. Looks like all the wait was worth it.

Is back on it will be relativity pictures first film since the bankruptsy ruling.

It’s set to start filming in March, which 4 months is not a long time for pre production. They have no star attached but will be directed by Corin Hardy who Directed The Hallow, Aka The Woods, which came out yesterday on VOD. By the look of his work he seems like the right guy.
Bottom line here is, this remake has stopped and started so many times. When a movie gets sucked into a black hole it’s usually for a good reason.
The original is a beloved film. There is no need to remake it. Give us a sequel, we will watch that. but leave Eric Draven alone. Let’s hope this doesn’t happen.

IS NETFLIX AND MARVEL MAKING AN IRON FIST MOVIE?

First he was suppost to get his own series that would dovetail straight into the defenders.
Then it was said that he would be worked in the Luke Cage series
Then after Daredevil premiered it was like Iron Fist got wiped off the board, that maybe he didn’t fit with the Gritty Noir that the netflix series.
More than likely it was a Money issue as while Daredevil Cage and Jones FX budgets are low as creating a mystal realm such that iron fist would need to succeed.
So a 90 minute movie rather than a 10 episode series could offload some of that FX cost, also it would hall out story wise.
It could end up being the perfect bridge between Marvel’s movies and Netflix shows.
Marvel has proven in the past that they know what’s best, so here’s hoping they make the right decision for Iron Fist too.
IS THIS THE PLOT FOR MARVEL STUDIO’S DOCTOR STRANGE? 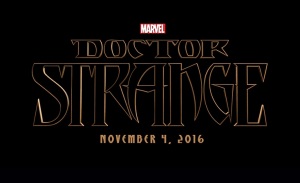 Apparently the story opens in 1968  Kathmandu where some dark magic users open a portal to another dimension (probably making first contact with Dormammu.) Leading the dark arts practitioner is a character named Kaecilius, who has ties to Baron Mordo in the Marvel Comics lore.  From this first contact, the scene shifts to present day NYC, where we meet Doctor Strange, a gifted but arrogant surgeon.  Reportedly, Strange damages his hands in a car accident while talking on his cell phone and even several surgeries from Dr. Nicodemus West are not enough to restore functionality to Strange’s fingers.  His medical career is effectively over.  Apparently his quest for a cure leads him to magic and subatomic particles (Kevin Feige previously stated that the MCU’s first introduction to the mystical realm would be in Ant-Man) and eventually to the doorstep of the Ancient One.  Apparently, Strange’s journey to find the Ancient One is what is currently being filmed in Nepal.  That’s all the site has to report for now but more details will surely make their way online in the coming months as filming continues.

Episode 101, entitled ” El Heffe” is a return to what made the legend of ASH, a legend.

The episode is directed by Sam Raimi. It feels, looks and sounds like Evil Dead and while it has it’s comedic moments it has its frightening ones too. It’s a good balance that I think plays well for the die hard fan.

Bruce Campbell as ASH is exactly how you would want him and as we see from the opening moments hasn’t evolved as much as we expected him too. This is the Ash of Army of Darkness more than the two earlier films. Ash unexpectedly releases the Evil Dead from their slumber by being really high and reading from the Necromomicon to try and impress a girl who he is trying to bed. So when the Evil Dead show signs they are coming for him he wants to cut and run, only to realize later that the only way to be free of the dead once and for all must be in the book. The Necromomicon.

In an interview with Entertainment Weekly, Campbell stated, “Ash has survivor’s guilt. You could have a heyday with his PTSD. He’s a war vet. He doesn’t want to talk about it, and he’ll lie about that stump on his hand to impress the ladies. This is a guy who’s got some issues. He’s emotionally stunted. But he’s the guy you want in the foxhole next to you.”

He is joined in his fight by Pablo Simon Boliva played by Ray Santiago.  Pablo believes in Ash’s heroism even if Ash himself doesn’t and Kelly Maxwell played by Dana Delorenz. She is a moody wild child trying to outrun her past. Reluctantly dragged into the fight against evil with Ash and Pablo, Kelly finds a different kind of family with her fellow slayers.

The gore factor is way high in this show as was promised by Sam, Bruce and producer Rob Talpert. So no worries there. The scares are high too. The scene with Michigan law officer Amanda Fisher, played by Jill Marie Jones of American Horror Story taking down a possessed girl ( the same girl Ash read the Necronomicon to ) is pure old school Evil Dead and the resulting death of her partner is one of the scariest moments of the show.

Bottom line: This first episode is a must see and hopefully the show keeps up the go as we go on. Can the other episodes keep the momentum going? We shall see. But for right now, its’ Groovy baby. Groovy.

It was in our opinion the best episode of Arrow since the season 2 showdown with Deathstroke.

and this was just masterful.

Oh and NBC. GO GET FUCKED!!

You can’t find Constantine on I-Tunes or Amazon, or on DVD or BLU RAY but you can find him…

CONSTANTINE is back on TV on the EL RAY network. 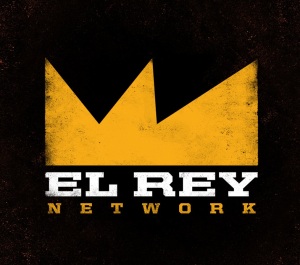 Read about it here and check your cable provider for showtimes

THIS IS THE COOL SHIT

The scores for Arrow Season 3 and Flash Season 1 both by Blake Neely were released this week over at La La Land Records.

I mean, wow right. 140. bucks though is tough price point to manage, but if you have it and want it then we think you need it. Cool shit indeed. You can find it worldwide online or if your feeling nostalgic you can check your local brick and morar. 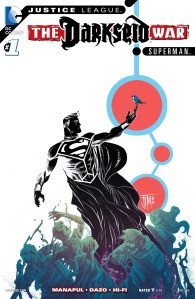 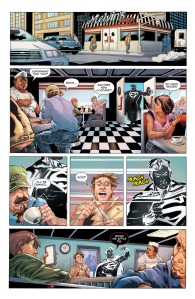 Good Story, written a bit Hammy, Art rocks. Overall interesting take on Superman. I actually might like this Superman. Give that man his PIE!! 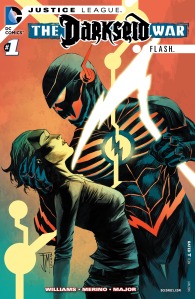 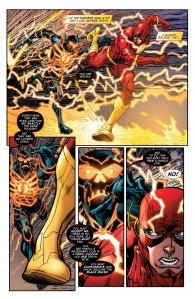 The concept of Flash as the new black racer was pretty awesome but this book dragged really bad. I get it he’s fast and he’s death but ultimately its’ not in Barry’s character. The struggle to rationalize this new power should have been the center of this book. Or maybe I just missed it.